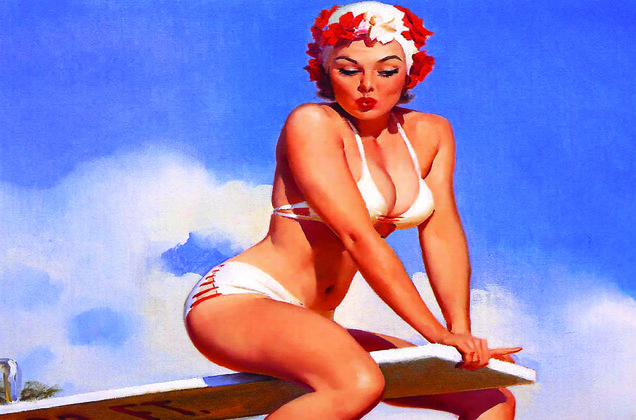 When my grandmother first heard of the ‘Thigh Gap’ and its related obsession, she nearly fell off her chair. Now an 82-year-old woman, she grew up in the era of the pin up girls, comparing herself to the likes of Betty Grable, ‘The girl with the Million Dollar Legs’. The 1940s It girl had a slim upper body and carried any excess weight further down on her tummy, hips, bum and thighs – assets my grandmother claims she was not blessed with.

Body envy was not foreign to a young girl attending an all-girls boarding school where ballet was considered a formal part of a young lady’s education. Girls with full thighs would align along the bar and get into position with their inner thighs touching to perform the perfect demi-plié. Her legs would not touch when she took her stance, leaving a gap from thigh to thigh, to which she points to her legs and laughs: “Chicken legs you see!” She would always stand with her legs crossed; embarrassed that someone might notice her thigh gap.

So, what exactly is this thigh gap? It is the space between your inner thighs when you stand with your feet together, usually associated with a thin body frame. When my grandmother would read her favorite magazines of the day, advertisements would tell women to gain weight using supplements to increase the appetite in the quest for this ideal body – no gap included. Adding iron to one’s diet would be touted in magazine advertisements and would go something like this: A slouching, thinly built girl is depicted looking yearningly at a curvy, smiling woman. A speech bubble above the illustrated ideal woman reads: “If you want to be popular – you can’t afford to be SKINNY.” Fast forward 60 years and women are still constantly comparing themselves to each other and the images they see in the media. A national visual culture has arisen from the explosion of visual media over the last 40 years. Endless images of women obtaining ideal youth and beauty find their lives shaped by their participation in this not only visual but also social culture.

The latest thigh gap obsession has taken over the internet with the help of social media sites such as Tumblr, Facebook, Pinterest and Instagram. They are filled with aspirational ‘thigh gap’ photos. Endless images of fitness routines and diet plans have been put together by groups of young females to inspire each other to lose impossible amounts of weight. The modern pin-up girl’s word bubble now proclaims: “Feet together – Thighs apart”, or “Your stomach isn’t grumbling – it’s applauding”. A thigh gap is the current popular trophy below a concave and rippled stomach.

Whether it be the 1940s or 2013, the appearance of advertisements with extremely altered models is not new. Surviving Greek statues and the mute marble characters created by Michelangelo attest to the unrealistic expectation of the ideal body. Before images were manipulated with Photoshop, famous 1940s illustrator Gil Elvgren created images of ideal women with old fashioned paint and photography. After a photo of a model was taken, Elvgren would transform the woman into a dreamy pin up girl with voluptuous thighs just by the stroke of a paint brush.

Nowadays, instead of a paint brush, graphic illustrators use their favorite feature on Photoshop called the ‘thigh gap erase’ tool, getting rid of any evidence that even supermodels have touching thighs. What is seen as an ideal body shape in visual media is actually unattainable for most body types. Your genetics and body structure play a large role in whether or not you will be able to obtain a thigh gap: only a wide set pelvis will give you that extra space between your legs, not exercise or diet – you can be a size zero and still not have a thigh gap.

The question you need to ask yourself is, ‘Do I follow the ideal image of somebody’s paintbrush touchup or photoshopped ideal or do I learn to be happy with what was given to me at birth?’ Realizing that a trend is short-lived and created in the ethereal world of cosmic fashionistas, it is best to look at the images in magazines and posters with wry amusement just as my grandmother did when she heard about this latest craze. Remember, grandmother knows best. 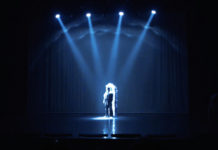