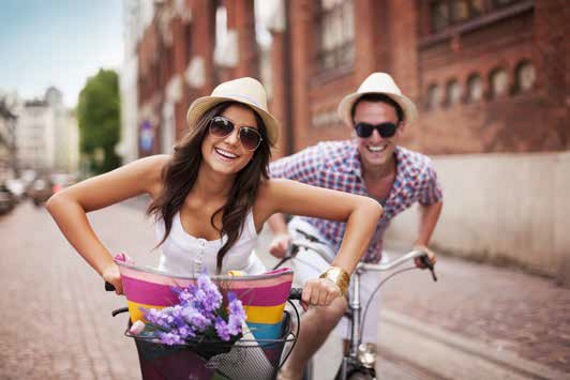 You don’t need to exercise for hours to get positive results. Even just short bursts of exercise can boost your mood, according to new research from the US. Kate Cracknell reports

Even just a small amount of exercise can make you significantly happier.

And when we say ‘small’, we mean small. We’re talking as little as a once-a-week workout, or even just a quick 10 minutes’ activity whenever you can squeeze it in.

This is the topline finding of a study from the University of Michigan, published earlier this year in The Journal of Happiness Studies.

And it makes sense logically. If you think about the last time you did some exercise – whether it was a gym workout or a walk in the park – you probably felt happier, more relaxed, less stressed afterwards. Such is the immediate, beneficial impact of being active.

Yet, while many studies have observed the positive effect exercise can have on mental health issues – from depression to cognitive decline – few have approached the topic from a more positive angle, exploring links between exercise and happiness. Those that did take this slant tended to focus on a specific age group, or a specific type of exercise; this made it impossible to reliably say what sort of exercise to do, and for how long, to maximize your happiness – or indeed if these benefits were likely to be felt by everyone. 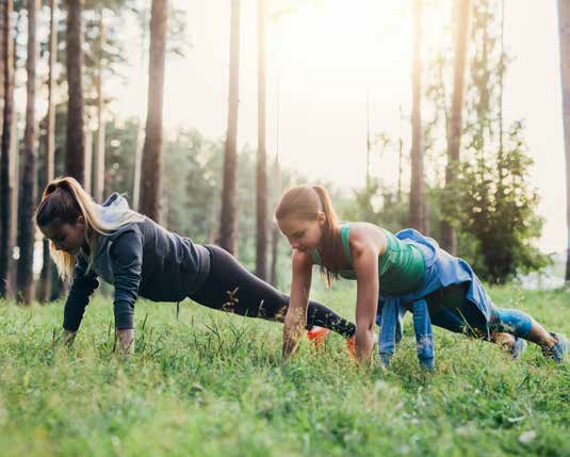 52% more likely to be happy
This new report therefore aggregated the findings of 23 previous studies: a combined sample of half a million people spanning all ages, from a wide range of countries, and covering many forms of exercise.

“Every one of the observational studies showed a beneficial relationship between being physically active and being happy,” said lead researcher Weiyun Chen. “More importantly, even a small change in physical activity makes a difference to happiness.”

Findings suggest a threshold effect for the relationship between happiness and physical activity: several studies found that happiness levels were the same whether people exercised for 150–300 minutes a week, or more than 300 minutes a week.

However, up to this point, there were significant differences in happiness levels between active and inactive people. Compared to inactive people, your chances of being happy are 20% higher even if you’re only a little bit active – which could be anything from walking to cycling, stretching to a group exercise class. Anything that gets you moving.

If you’re achieving the 150 minutes’ exercise a week recommended by numerous governments around the world, you’re 29% more likely to be happy.

A virtuous circle of happiness
And there’s even more good news, as research by Michelle Segar PhD found that those who have these immediate, feelgood goals as their main reason for exercise are more likely to stick with their workout routines. It’s a virtuous circle: exercise boosts your mood, and when you feel that instant uplift, it encourages you to exercise again… which boosts your mood once more.

Further research is needed to establish a causal link between exercise and happiness (do people become happier because of exercise, or do happier people exercise more?), to explore how and why it happens, and to establish optimum levels and types of activity to maximize our chances of happiness.

However, given the weight of existing evidence alone – as well as our own anecdotal experiences of mood lifts after a workout – Chen’s conclusion seems very fair: “I think that we can safely say that people who exercise are probably going to be happier than people who don’t.”

Choose your club on www.aspria.com.