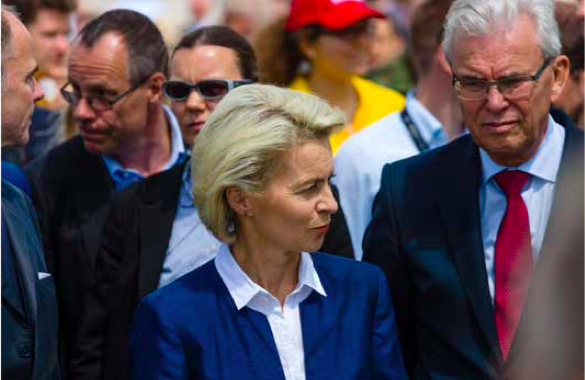 The 2050 target was nearly agreed on at an earlier European Council, but some countries – Poland, in particular – were concerned as they have a greater dependence on cheap coal. The idea is to link the 2050 target to a Just Transition Fund and a Sustainable Europe Investment Plan that could lever €1 trillion in investment over a decade. In his hearing, Timmermans pointed to the fact that 50 million people in Europe struggle to pay their energy bills – one idea is to help them lower their consumption through better insulation or fitting solar panels. Rather than expecting to pay for these transformations up front, the EU is looking at fair financing programmes so that people won’t have to pay upfront. This would also help to create local jobs.

Given the scale and nature of the challenge, the approach of the EU will be multi-faceted. Timmermans mentioned greening of transport, sustainable food from “farm to fork”, reviewing the energy taxation directive and on and on. This is not going to be easy, but it is not impossible. The EU has reduced its greenhouse gas emissions by 22% compared to levels in 1990, while the EU’s economy has grown by 58%.

Further afield, there is a massive BUT. While Europe has no doubt made some progress, global emissions have continued to grow by 63% over the same period. Europe doing its bit alone just won’t cut it. That is why Europe will have to use its leverage as a destination of goods and setter of standards. There are many different ways that this can be done, and a multi- pronged approach will be needed. One measure already in place, but which the EU intends to strengthen, is to make all trade deals subject to compliance with Paris COP21 targets. An option favoured by France, and that the President-elect, is to apply a carbon border tax on goods coming into Europe, but this is suspected by some as protectionist and by others as unworkable.

Countries outside Europe are also taking environmental measures. In 2018, China banned the import of waste material into China – about 85% of the EU’s plastic waste had been exported to China. The European Union has set ambitious targets, so the political will to make change happen needs to be consolidated. Each and every single one of us has a role to play in the people we vote for and the personal choices we make. These changes may be costly, but the cost of inaction is existential.