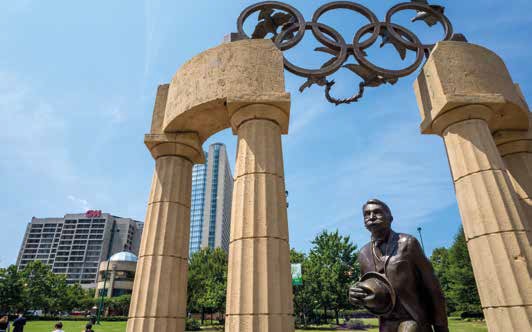 Sport, through organized rules and regulation can create moral and social strength. Rules are enhanced to preserve the spirit of the game and to avoid cheating. Without fairness of play, the game (sports) would be void of purpose. Yet herein lies the catch. We are taught to go after a win or success. But if we lose, we have a tendency to lose our sense of respect for oneself and respect for others. However, fair play dictates that we equally accept a loss or a defeat as we do a win. Both winning and losing are part of the same game. They are nothing other than two sides of the same token. So, if you win a game, show respect to the opposing team for a good game; and if you lose also show admiration for the winning team for their abilities, qualities and achievements. There are various ways that playing fairly is practiced in all walks of life. This includes treating others as you would like to be treated, congratulating others for their win, accepting responsibility for our mistakes and owning our acts.

In football – the most popular and universal sport of all – there is an unwritten rule that refers to the virtue of fair play, underlying that players have the responsibility to act in all fairness even when a there are no rules to make a calling. For example, if a player gets injured and the whistle is not blown, it is the duty of the player with the ball to kick it out of bounds so the injured player can be attended to. Once the injured player is removed and play resumes, it is universally accepted that the team throwing the ball in will give it right back to the team who stopped play by kicking it out of bounds.It is a recurrent factor among football players to have a tendency to look for and provoke occasions to their team’s advantage. A player will fake an injury or will grab his opponent in a certain way to get the ball. Players search for opportunities in every way possible.

Contrary to this attitude, we see examples of fair play and good sportsmanship in football players such as the Argentinian Lionel Messi who wears the #10. He is known for walking towards an injured opponent and helping him up or acknowledging where there is a foul play by a team player. He reminds us of the behaviour we should have at all times, not just on the field but in life. Because of his attitude he is highly respected as an athlete and seen as a role model in society. On top of it all, his behaviour gives an added sense of value to the game.

In society we are often encouraged to meet results, go after a win and strive for personal success. This is not necessarily a bad thing. However, at the end of the day there can only be one gold medallist in each race. If we strive to win, we have to be prepared to lose. Instead, if we act in accordance with fair play, we will surely win the appreciation and respect of others. Pierre de Coubertin’s words could not ring more truly in today’s competitive world. He stated: “It’s not whether you win or lose, it’s how you play the game”. Thanks to the ethical and moral code of sports and what they stand for, we are reminded of fundamental human and universal values. We can strive to win at all costs or we can seek to cultivate a respectable behaviour and moral conduct. Of the two it is more honourable and rewarding to play, participate and compete as if you were wearing the #10. Everyone is a champion.