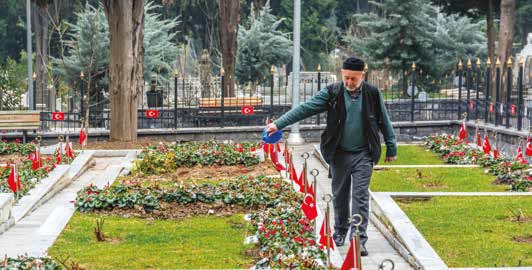 My parents never found the right explanation, which is often the case in cultural expats: the underlying meaning of things is lost, but only the ritual remains, often adapted to modernity and the local possibilities. Funnily I only became interested in all this at University during my sociology, then anthropology studies.

Secular rituals in secular life
However, we all have our rituals, individual or collective, which are more or less governed by time and space. They are constituted by rites, that is to say, a set of immutable rules, fixing the course of a ceremony, which is public, thus exoteric or secret to see discrete, therefore esoteric. With regard to individual rituals, we need only think of our habits such as meditation, prayer, reflection or less spiritual habits such as the systematic time of the coffee break, the bedtime story or the train schedule.

Although these habits are for the most part the result of improvization or simply the consequence of the time that remains available to us during the day, these rituals have the particularity of allowing us to reassure ourselves and to plunge ourselves into an inner self, to somehow establish a balance sheet. This report is simply the daily reference point about our family balance, our emotional situation, our performance at work done the same day and our body condition.

Shamanic and masonic mituals
By comparison, and to look for the opposite extreme of a contemporary reality, let us observe what is still done today on the shamanic and masonic side.  In masonic life, each symbol, each rite, each ritual has no other interest than a permanent individual search for light, but this research is generated and activated by all the brothers in a lodge and this research continues in meditation and interpretation of the meaning of life in the secular world. The masonic ritual is an initiatory vehicle that leads us on the path of the search for truth. A universal tool with which each brother can work intuitively, by means of his five senses, in order to awaken and develop his individual consciousness.

The meaning of the masonic ritual is to make each person Receiver and Donor, Student and Teacher, Apprentice and Master. It aims to encourage us to a state of fraternal sharing, thus enabling us to awaken to a permanent evolution of the mind and the heart. It is a link between the visible and the invisible, between the microcosm (man) and the macrocosm (the universe). In the shamanic life, we work with the elements of nature, the seasons, the solstices, the end of the harvests or the beginning of the harvest. So many rituals related to primary agricultural life, which was the basis of life at one time.

The ritual as active meditation
Active, because its action is greatly increased by the invocations. Just as the person who pronounces them does not have the right to ignore its scope and meaning, those who listen to them must be in perfect symbiosis with them too. Then there is the support of symbols and some sacred geometries (yantras or mandalas as we call them in Hindu science). Furthermore, in rituals the individual goes through certain paths identical to those of meditation: silence, abnegation, devotion and love among others. This goes against the current tense rationalism of society, profane or not. Our society has unfortunately gradually cut its roots and has, in this way, broken most of its contacts with the living source of a culture and a tradition where it drew the best of herself.

This is how civilizations die, for having confused umbilical cord and silver cord, the modern world is deeply engaged in a process of self-destruction.

To sum up, we could say that in rituals, whatever the work on the agenda, whatever the nature of the work and the discussions and analyses that result from it, the main goal is to invoke, call and redistribute the energy that is given by the group.