It will be the biggest bilateral trade deal ever negotiated, saving millions for our businesses and creating countless jobs for our struggling economy. It is heralded by EU leaders as the answer to our economic woes, but is the Transatlantic Trade and Investment Partnership (TTIP) the silver bullet we need? Who will be the winners and losers of such a deal? And will it still go ahead after the 2014 election results?

The EU and US already account for 40% of world GDP, and between them, they have a total of 800 million consumers. Negotiations began in July 2013 and are scheduled to be determined by the end of this year, an optimistic expectation to say the least. Everything from energy regulation and product safety, to food standards and consumer protection are up for discussion before the free-trade area can become a reality. The agreement aims at removing trade obstacles in a wide range of economic sectors to make the circulation of goods and services easier while encouraging investment between the two blocs. According to the European commission’s website, a study conducted by the London-based Centre for Economic Policy Research suggests that the EU’s economy could see benefits of up to €119bn per year which is the equivalent of €545 for an average EU household, whereas the US stands to see an increase of €95 billion.

However, NGOs and trade unions voiced strong opposition last month as 281 peaceful anti-TTIP protestors, including a Green member of the Belgian parliament, were encircled for several hours by riot-police before being arrested outside the Egmont Palace in Brussels. The negotiations are receiving heavy criticism due to a lack of transparency. At the demonstration, organizations, including Greenpeace, Unison, World Development Movement and War on Want, demanded that “the commission’s negotiation texts as well as all negotiation documents must be made public to allow for an open and critical public debate on the TTIP”.

In response to the demonstrations, EU trade commissioner Karel De Gucht accused “Greens” and the “left” of hijacking the negotiations as a tool to win votes at the recent parliamentary elections. The EU official blamed the opposition on misinformation being distributed through social media. De Gucht defended the agreement against the backlash, saying the transatlantic deal will “change people’s lives for the better”. The commission say for trade negotiations to work and be successful, a certain degree of confidentiality is needed otherwise the EU would be “showing all its cards”. But they do still insist that the trade deal is one of the most transparent ever conducted.

At the moment, genetically modified organisms (GMO) are one of the most contentious issues of TTIP discussions; US trade representatives are said to be pressuring their European counterparts to relax their GMO safety testing regime and asking for a rethink of the overall rejection of GM foods in Europe. Jürgen Knirsch, a sustainable consumption expert for Greenpeace said: “US exporters of corn, soy, pork or chicken don’t only want to sell their genetically modified crops, chlorinated chicken and hormone meat on the European market. They are also keen to knock down the pillars of European consumer protection. In particular, they want to undermine European methods of risk assessment and the precautionary approach, which is fundamental to protect the environment and the health of Europeans.”

The controversial deal received a further setback earlier this month as the US ruled out the inclusion of its finance industry from regulatory cooperation. The EU is pushing for the sector to be encompassed in any future dialogue, but judging by the strong rhetoric in Washington, the US seems unlikely to change its stance on this.

Despite the powerful debate surrounding the issue, the ambitious plans have been put on hold temporarily while freshly elected European officials settle into their new roles. Regardless of the golden opportunity that this arrangement is said to present, the recent European elections highlighted citizens’ concerns about the intergovernmental body. Support for further European integration is at an all-time low with the electorate, yet those in charge continue with their expansionist agenda. The rise of far-right parties after May’s elections sent a strong signal to the bloc that people feel disconnected from their representatives in Brussels. Should, then, the EU take note of the election results and focus on existing concerns instead of overstretching? The UK Independence Party of Nigel Farage in the UK and Marine Le Pen’s National Front in France achieved the most notable victories. With anti-EU parties, whose input is critical to the appointment of the next trade commissioner, now making up 25% of the hemicycle, the progress of the debate surrounding TTIP remains ambiguous.

Unfortunately, at the moment, the only certainty is that the EU-US negotiations will continue beyond the end of 2014. Will the EU take on board concerns about transparency and GMOs? Will it gather support from the new parliament? Could this maybe be a step too far, too soon for the struggling union? Or will the EU look at expanding further to avoid collapse? Whatever the outcome of these talks, they will alter the future direction of the EU. 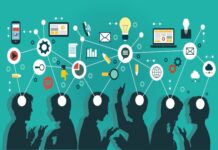 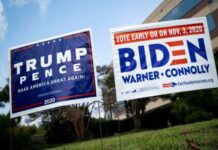 US elections: Trump vs Biden